You are here: Home/News/Article/AGOA: US investments in Ethiopia climb to $4 billion in 2015

AGOA: US investments in Ethiopia climb to $4 billion in 2015 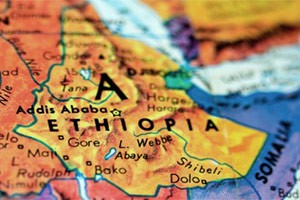 U.S. investments in Ethiopia climbed to $4 billion last year helped by several companies taking advantage of the renewed Africa Growth and Opportunity Act (AGOA) to venture into the East African nation, the country’s ambassador to the US said.

President Barack Obama’s visit to Ethiopia mid last year was seen by many investors as a stamp of approval to do business in the fast growing sub-Saharan Africa Economy.

Over 7,000 products from Africa are enjoying tariff-free entry into the lucrative US market under the agreement.

A new class of Ethiopian entrepreneurs is taking advantage of AGOA to operate in a world-class space.

Startups such as SoleRebels, an Ethiopian eco-friendly footwear manufacturer, has transformed itself into global footwear company with projected yearly sales of $15m or more in revenue through AGOA deals.

Ethiopian Prime Minister  Hailemariam Desalegn however said during a US-Africa Business Summit earlier in February that “The US investment in Africa falls short of expectation compared to its total global investments”.

According to APA, Hailemariam asked US firms to diversify their investment in Africa beyond extractive industries to bring about economic transformation in the continent and improve the livelihoods of Africans at large.

“We want you to play a role in the transformation of Africa which I believe is beneficial both to Africa and to US investors,” he said.

Several Ethiopian homegrown businesses still don’t have potential to for scalable manufacturing capacity to supply a US market and some Chinese companies are taking advantage of this to get their products to the American market through partnerships with Ethiopian businesses, The Africa Report said.

You are here: Home/News/Article/AGOA: US investments in Ethiopia climb to $4 billion in 2015