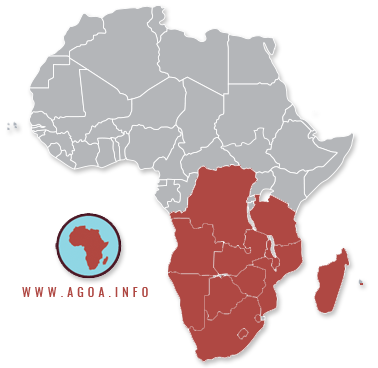 The Southern African Development Community (SADC) was established as a development coordinating conference (SADCC) in 1980 and transformed into a development community in 1992. It is an inter-governmental organisation whose goal is to promote sustainable and equitable economic growth and socio-economic development through efficient productive systems, deeper co-operation and integration, good governance and durable peace and security among Southern African member states.

The SADC Free Trade Area was initiated in 2000 and 12 of the member states have joined this arrangement (Angola, DR Congo and Seychelles are not yet participating).

Combined exports to the United States in 2012 were worth $ 20 billion, down sharply from the previous year but broadly in line with 2010 figures. Given fluctuations in the value of Angola's oil exports under AGOA, not too much should be read into this figure more broadly in the SADC context. Major export categories include minerals and metals, as well as transportation equipment, comprising mainly motor vehicles from South Africa.

The recently launched Southern Africa Trade Hub (SATH) is set to play a key role in addressing challenges of economic growth and poverty reduction in the Southern Africa Development Community (SADC) region. Officially launching the initiative in Gaborone last Thursday, US Ambassador to Botswana Stephen Nolan said he strongly believed that increased trade is key to achieving greater economic growth and poverty reduction in the region. "It is...