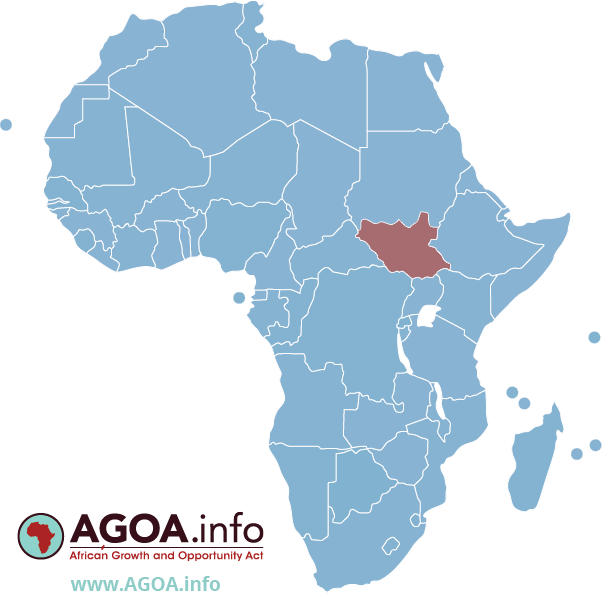 Industry and infrastructure in landlocked South Sudan are severely underdeveloped and poverty is widespread, following several decades of civil war with Sudan. Continued fighting within the new nation is disrupting what remains of the economy. The vast majority of the population is dependent on subsistence agriculture and humanitarian assistance. Property rights are insecure and price signals are weak, because markets are not well-organized.

South Sudan has little infrastructure – about 10,000 kilometers of roads, but just 2% of them paved. Electricity is produced mostly by costly diesel generators, and indoor plumbing and potable water are scarce, so less than 2% of the population has access to electricity. About 90% of consumed goods, capital, and services are imported from neighboring countries – mainly Uganda, Kenya and Sudan. Chinese investment plays a growing role in the infrastructure and energy sectors.

Nevertheless, South Sudan does have abundant natural resources. South Sudan holds one of the richest agricultural areas in Africa, with fertile soils and abundant water supplies. Currently the region supports 10-20 million head of cattle. At independence in 2011, South Sudan produced nearly three-fourths of former Sudan's total oil output of nearly a half million barrels per day. The Government of South Sudan relies on oil for the vast majority of its budget revenues, although oil production has fallen sharply since independence. South Sudan is one of the most oil-dependent countries in the world, with 98% of the government’s annual operating budget and 80% of its gross domestic product (GDP) derived from oil.

Oil is exported through a pipeline that runs to refineries and shipping facilities at Port Sudan on the Red Sea. The economy of South Sudan will remain linked to Sudan for some time, given the existing oil infrastructure. The outbreak of conflict in December 2013, combined with falling crude oil production and prices, meant that GDP fell significantly between 2014 and 2017. Since the second half of 2017 oil production has risen, and is currently about 130,000 barrels per day.

Poverty and food insecurity has risen due to displacement of people caused by the conflict. With famine spreading, 66% of the population in South Sudan is living on less than about $2 a day, up from 50.6% in 2009, according to the World Bank. About 80% of the population lives in rural areas, with agriculture, forestry and fishing providing the livelihood for a majority of the households. Much of rural sector activity is focused on low-input, low-output subsistence agriculture.

South Sudan is burdened by considerable debt because of increased military spending and high levels of government corruption. Economic mismanagement is prevalent. Civil servants, including police and the military, are not paid on time, creating incentives to engage in looting and banditry. South Sudan has received more than $11 billion in foreign aid since 2005, largely from the US, the UK, and the EU. Inflation peaked at over 800% per year in October 2016 but dropped to 118% in 2017. The government has funded its expenditures by borrowing from the central bank and foreign sources, using forward sales of oil as collateral. The central bank’s decision to adopt a managed floating exchange rate regime in December 2015 triggered a 97% depreciation of the currency and spawned a growing black market. A bill to amend the African Growth and Opportunity Act to extend the third-country fabric rule, to add South Sudan to the list of countries eligible for designation under that Act, and for other purposes. 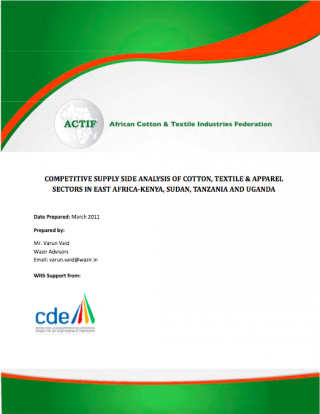 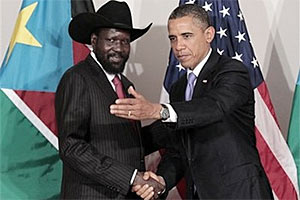 South Sudan president Salva Kiir has urged domestic and foreign investors to take up available investment opportunities, regardless of the existing institutional weakness and challenges of governance and insecurity in the country. "South Sudan is ready and open to business. God has blessed us and endowed our young country with vast resources, in terms of fertile lands, forests, water resources, mineral and petroleum resources among others,"... 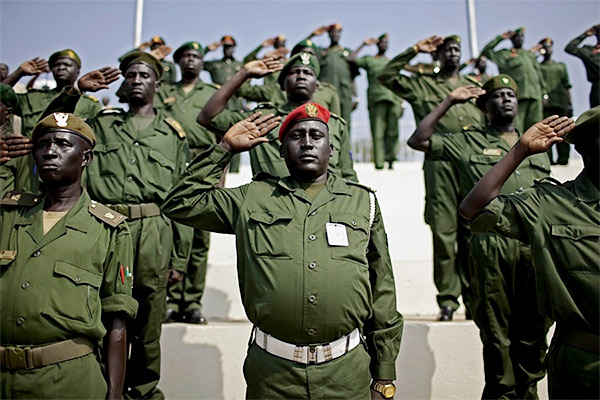 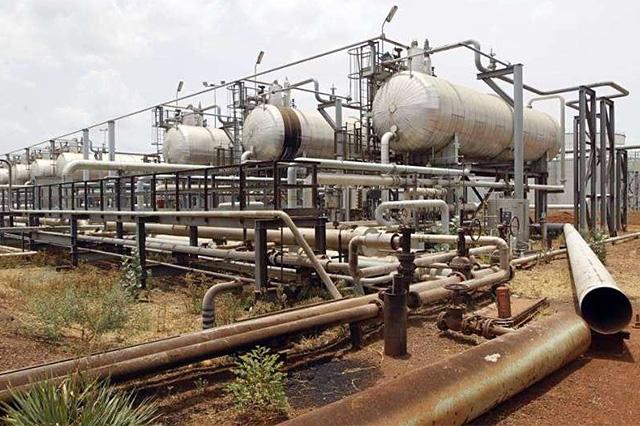 South Sudan runs out of time for oil transit alternatives

Ongoing border and oil disputes and the halting of oil production by South Sudan has led to renewed clashes between Khartoum and Juba, the specter of another war and the buckling of South Sudan’s underdeveloped economy. On 26 March, clashes erupted between the Sudan People’s Liberation Army (SPLA) of South Sudan and the Sudan Armed Forces (SAF) in a number of border-area hotspots. Fighting is ongoing in the states of Kordofan and Unity,... 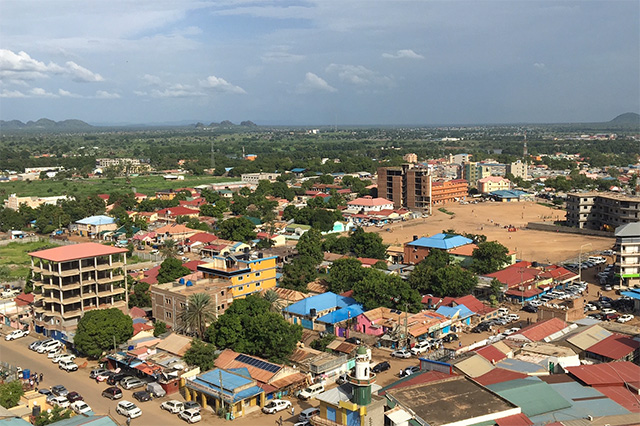 President Barack Obama on Monday added oil exporter South Sudan to a US trade programme for developing countries, allowing the newly independent nation to ship oil and thousands of other goods to the United States without paying US import duties. “The GSP (Generalised System of Preferences) programme is an important tool for helping developing countries to grow their economies through increased trade,” US Trade Representative Ron Kirk... 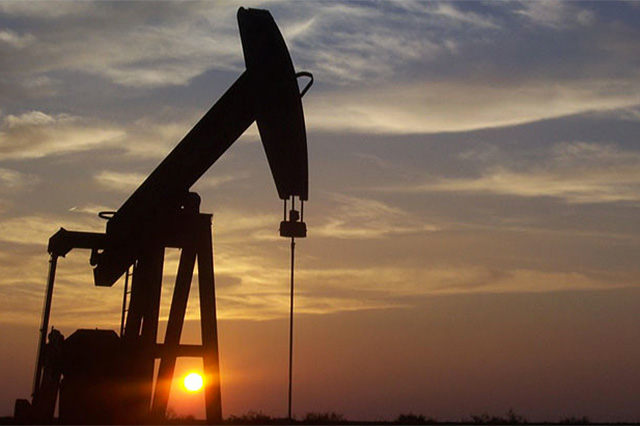 The United States hosted the International Engagement Conference for South Sudan to welcome the new country to the international community and provide a forum for the Republic of South Sudan (RoSS) to highlight its development priorities and opportunities for engagement with public and private sector partners. From the involvement of ten co-sponsors to the participation of over 25 countries, this conference demonstrated the continued... 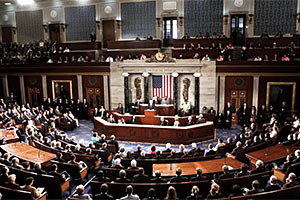 South Sudan: Country may be included in AGOA Bill

A Bill to extend the African Growth and Opportunity Act (AGOA) provisions on third-country fabric and on the inclusion of Africa's youngest country, South Sudan, has been introduced in the United States (US) Congress. [Note: copy of legislation is available here on AGOA.info at the following LINK] If passed, the amendments would extend the current provision on the third country clause on textile products which is scheduled to expire in...