You are here: Home/News/Article/US President terminates AGOA preferences for Ethiopia, Mali and Guinea 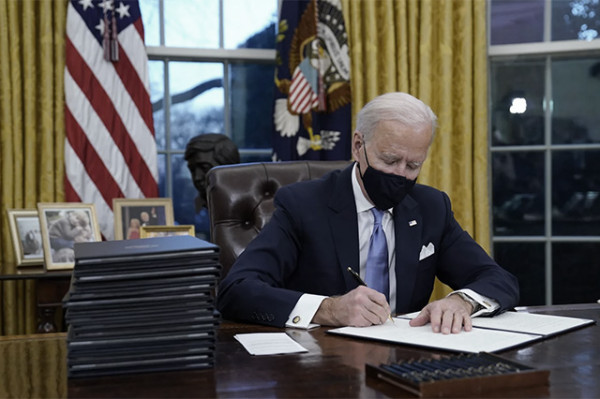 U.S. President Joe Biden announced yesterday that he has “determined that Ethiopia, Guinea, and Mali do not meet” the AGOA requirements described in section 506A(a)(1) and has proceeded to “terminate the designation of the three countries as beneficiary sub-Saharan African countries …effective January 1, 2022.”

On November 21, the Ethiopian Ministry of Foreign Affairs lamented the impending decision by the U.S. to remove Ethiopia from AGOA privileges and called it “misguided and fails to take into account the commitment of the Government of the United States to value the wellbeing of ordinary citizens.”

Ethiopia argued the decision would also affect “the livelihoods of more than 200.000 low-income families mostly, women who have got nothing to do with the conflict.”

Ethiopia’s statement camea day after the U.S. President Joe Biden has informed the Congress of his decision to revoke Ethiopia’s AGOA privileges as of January 01/2022 and that he will continue “to assess whether the government [of Ethiopia is] making continual progress toward meeting the AGOA eligibility requirements.”

Biden’s decision also came despite last minute efforts from U.S. Senator Chris Van Hollen (D-Md.) and Congresswoman Karen Bass (D-Calif.) urging the President “to reconsider his Administration’s” decision. “While we absolutely condemn the human rights abuses that have taken place on both sides of this conflict, we are concerned that suspension of AGOA benefits will be counterproductive and disproportionately harm the most vulnerable Ethiopians without contributing to the cessation of hostilities,” the joint statement reads.

US Trade Representative Katherine Tai first warned Ethiopia of the possibility of losing its access to AGOA privileges at a virtual meeting she held with Mamo Mihretu, Ethiopia’s Senior Policy Advisor and Chief Trade Negotiator and “raised the ongoing violations of internationally recognized human rights amid the ongoing conflict and humanitarian crisis in northern Ethiopia, which could affect Ethiopia’s future African Growth and Opportunity Act (AGOA) eligibility if unaddressed.”

You are here: Home/News/Article/US President terminates AGOA preferences for Ethiopia, Mali and Guinea