You are here: Home/News/Article/Mali again eligible for trade benefits under AGOA, Swaziland subject to special review in 2014 amid concerns over worker rights

Mali again eligible for trade benefits under AGOA, Swaziland subject to special review in 2014 amid concerns over worker rights 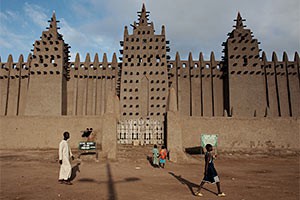 On Monday 30 December, President Obama made his annual determination regarding country eligibility for the African Growth and Opportunity Act (AGOA) in 2014.  In addition to continuing the eligibility of the 39 current beneficiary countries, the President reinstated Mali’s eligibility for AGOA benefits.  The Republic of Mali will be a beneficiary country under AGOA effective January 1, 2014.  With the addition of Mali, 40 of the 49 potentially eligible countries in sub-Saharan Africa are now eligible to receive benefits under AGOA in 2014.

“We believe that AGOA has enhanced economic progress, promoted stability, and improved the business environment for the benefit of both African and American firms,” said Ambassador Froman.  “We welcome the progress that Mali has made and look forward to further engagement with AGOA beneficiary countries.”

Monday’s action is an outcome of a review that the Administration conducts annually to examine whether each country already eligible for AGOA benefits has met or made “continual progress” during the year in meeting AGOA’s eligibility criteria, which include establishment of a market-based economy, rule of law, economic policies to reduce poverty, protection of internationally recognized worker rights, and efforts to combat corruption.  The review also examines whether circumstances in ineligible countries have improved sufficiently to warrant making them eligible for AGOA benefits.

As part of this year’s review of countries, the U.S. government took special note of its continuing concerns regarding workers’ rights issues in Swaziland.  In May 2014, the U.S. government will conduct an interim AGOA eligibility review of Swaziland to assess whether it has made measurable progress on the protection of internationally recognized worker rights.  The results of this review will be reflected in a recommendation to the President regarding Swaziland’s continued AGOA eligibility.

In January 2013, the President determined that Mali was ineligible for AGOA because of a government coup in March 2012.  In July 2013, Mali inaugurated a democratically-elected president.  The new government of President Keita has focused on implementing market-based reforms, investing in infrastructure and human capital and has pledged to address public sector corruption, combat human rights abuses, and strengthen rule of law.

AGOA contains specific criteria that countries must meet to enjoy the benefits of AGOA, including criteria related to internationally recognized workers’ rights.  The United States remains deeply concerned about the government of Swaziland’s lack of measurable progress on workers’ rights issues, particularly protection of freedom of association and the right to organize, its use of security forces and arbitrary arrests to intimidate peaceful demonstrations, and the lack of legal recognition for union federations.

You are here: Home/News/Article/Mali again eligible for trade benefits under AGOA, Swaziland subject to special review in 2014 amid concerns over worker rights