You are here: Home/News/Article/US says war in Ethiopia's north could affect trade benefits

US says war in Ethiopia's north could affect trade benefits 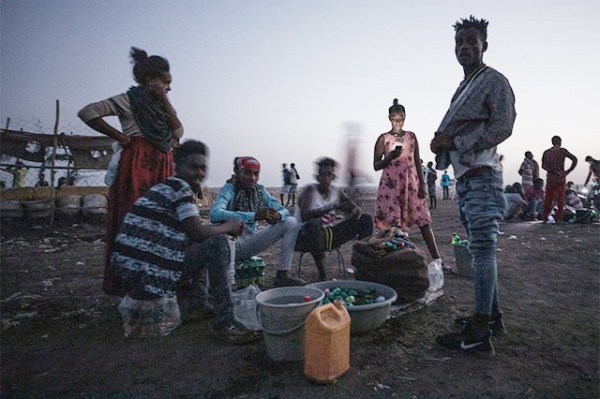 The ongoing war and humanitarian crisis in Ethiopia's north could affect the country's trade benefits under the African Growth and Opportunity Act (AGOA), the U.S. Trade Representative's Office said.

The AGOA trade programme provides sub-Saharan African nations duty-free access to the United States on the condition they meet certain eligibility requirements, such as eliminating barriers to U.S. trade and investment and making progress towards political pluralism.

Mamo did not immediately respond to a comment request on Thursday.

Ethiopia's foreign affairs ministry spokesperson, Dina Mufti, told reporters at a news conference in Addis Ababa on Thursday: "The issue of AGOA is being presented to intimidate us."

"There is nothing that is being terminated," he added. "It is possible that we will agree on some issues."

The office of Prime Minister Abiy Ahmed did not immediately respond to requests for comment.

AGOA, approved in 2000, provides African countries with duty-free access to the U.S. market for more than 1,800 products with the aim of supporting African economic growth. Ethiopia exported $525 million in goods to the United States in 2020.

Washington has suspended Democratic Republic of Congo from the trade partnership because of alleged human rights violation, but reinstated that country's membership in 2020.

The conflict in the northern Ethiopian region of Tigray erupted in November 2020 and has now spread to neighbouring regions. The U.N. has said that war crimes may have been committed by all parties to the conflict.

Ethiopia's government has said it will hold those who commit abuses to account. It has denied blocking food aid to the region. (Reporting by Ayenat Mersie in Nairobi and Dawit Endeshaw in Addis Ababa; Editing by Alex Richardson)

WASHINGTON – United States Trade Representative Katherine Tai today met virtually with Ethiopia's Senior Policy Advisor and Chief Trade Negotiator Mamo Mihretu. Both leaders discussed the historic economic relationship between the United States and Ethiopia, and potential for further growth. During the meeting, Ambassador Tai recognized the steps Ethiopia has made toward political and economic reform.  She raised the ongoing violations of internationally recognized human rights amid the ongoing conflict and humanitarian crisis in northern Ethiopia, which could affect Ethiopia’s future African Growth and Opportunity Act (AGOA) eligibility if unaddressed.

Both Ambassador Tai and Chief Trade Negotiator Mihretu agreed on the importance of working together to sustain the economic partnership between the United States and Ethiopia.

You are here: Home/News/Article/US says war in Ethiopia's north could affect trade benefits