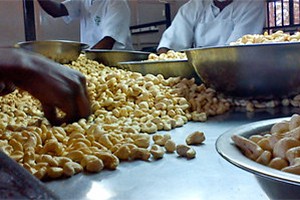 According to the African Cashew Initiative, 'nearly 40 % of the global cashew crop is produced by about 1.5 million small farmers in Africa'. However, cashew farmers in Africa are considered not to be well organized into associations, which weakens their bargaining position. Less than 2% of Africa's raw cashew production is said to to be processed in Africa. Leading cashew producers include Mozambique, Ghana, Nigeria, Kenya, Burkina Faso, Benin and the Ivory Coast.

In terms of exports to the United States, the majority of trade takes place with Mozambique, followed by Ghana, Nigeria and Kenya. Exports to the US have increased steadily in recent years. Cashew is classified mainly under the following codes: HTS 0801.31 and HTS 2008.19.1040. Cashew nuts are grown in the Southern parts of Tanzania, on the opposite side of the border of the cashew-growing region of Mozambique. Cashew nuts originate from Brazil; Portuguese traders brought the seeds to Africa in the 16th century. The trees soon found their way to Mtwara region; an Indian Ocean port on trade routes once plied by David Livingstone. Tanzania is now the World’s 3rd largest producer of cashews and maybe the world’s...

Maputo declaration on the development of Africa's cashew industry alliance 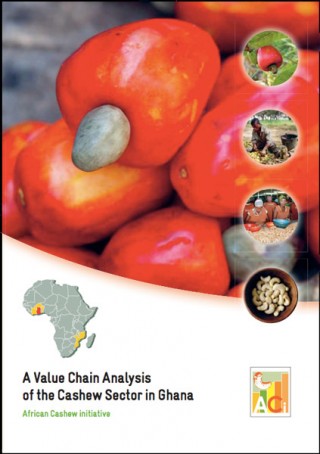 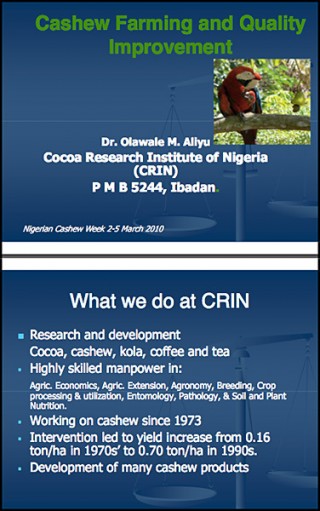 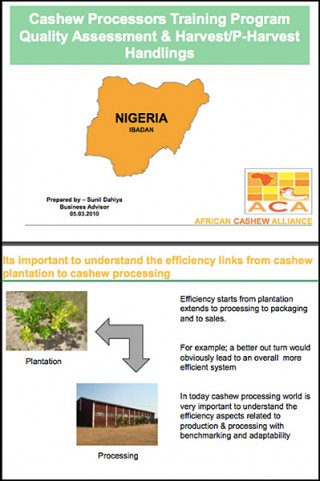 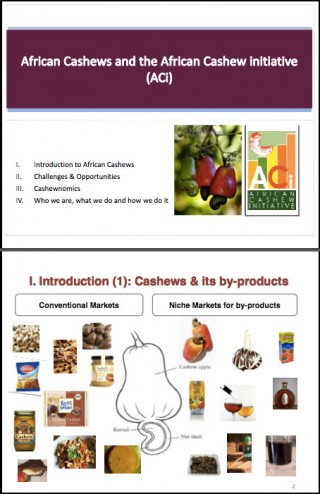 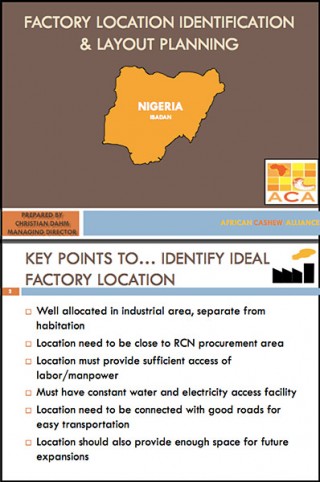 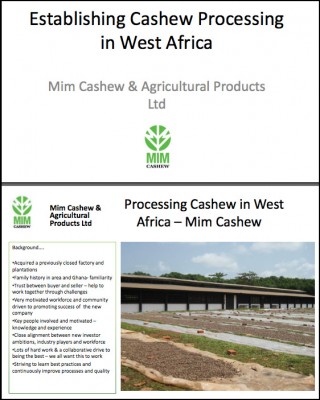 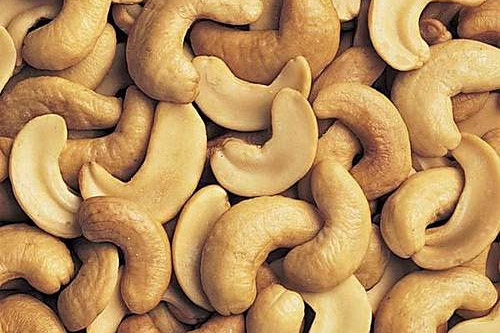 Cashew has become an important agricultural commodity in its purest industrial sense and though this fact is highly esteemed in many countries the world over, Ghana is yet to tap into the rich potentials of this cash crop which has great benefits for the individual and the country as a whole. Agriculture accounts for over 60% of Ghana's economic success which is more than half of the country's Gross Domestic Product (GDP) and also,... 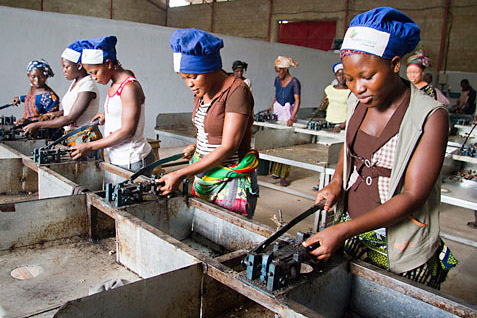 Near a field sown with ageing anti-personnel mines, dozens of women scraping, sorting and vacuum-packing cashew nuts in a new tin-roofed factory may be part of the solution to Africa's economic woes. From Cape to Cairo, the world's poorest continent is blessed with verdant plains, forests of valuable hardwood trees and deep veins of ores. But it's largely bereft of skilled industry producing the finished products - like foodstuffs, furniture...