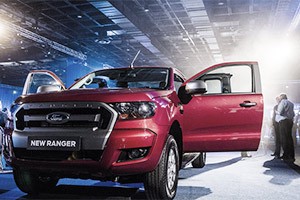 Ford’s commitment to spend an additional R2.5-billion at its Pretoria assembly plant has been held up as an important sign of confidence in South Africa and proof of the two-way benefits of the Africa Growth and Opportunity Act, known as Agoa.

Noting the importance of the automotive industry to the country, South African Minister of Trade and Industry Dr Rob Davies said: “To date we have invested more than R25-billion in the motoring industry.”

Speaking at an event in Pretoria where Ford announced expansion of local production, Davies said the Ford South Africa had been a beneficiary of a R699-million incentive through the Automotive Production and Development Programme for their latest expansion.

Ford’s executive vice president Jim Farley said: “The R2.5-billion investment reaffirms the importance of these markets as part of our growth strategy across the Middle East and Africa. It further reinforces South Africa’s position as a strategic export base for Ford Motor Company.”

Farley said the investment, which would create approximately 1,200 new jobs, would lead to local production of the new Ford Everest seven-seater Sport Utility Vehicle and expansion of the new Ranger pickup programme.

The vehicles manufactured locally would be sold in South Africa as well as in markets across Sub-Saharan Africa.