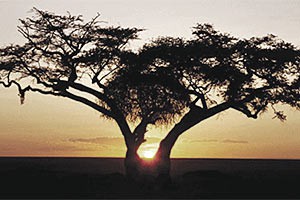 The United States moved to suspend trade benefits for South African farm products on Thursday, escalating a drawn-out dispute over US chicken and meat exports.

US President Barack Obama said he planned to revoke duty-free status for South African agricultural goods in 60 days under a programme set up to help African exporters.

“I am taking this step because South Africa continues to impose several longstanding barriers to US trade, including barriers affecting certain US agricultural exports,” he said in a letter to Congress.

US Trade Representative Michael Froman said South Africa could still avoid the suspension, which could cost it up to $7 million in lost benefits, if it met benchmarks to eliminate barriers to US poultry, pork, and beef.

South Africa has banned US poultry imports since last December after an outbreak of bird flu. The measure came on top of 15 years of punitive import duties on some US chicken products.

The country missed an October 15 deadline to agree on new animal health and food safety rules, which also affect US beef and pork exports, prompting the United States to warn that its eligibility for the African Growth and Opportunity Act (AGOA) trade programme was at risk.

Eliminating barriers to US trade and investment is one of the criteria for membership of AGOA, which was renewed earlier this year and provides duty-free access to goods from sub-Saharan African countries, ranging from crude oil to clothing.

“We do not take this decision lightly, and, in fact, have been working hard over many months - indeed years - to help South Africa avoid such action. Unfortunately, the issues persist,” Froman said in a statement.

National Chicken Council President Mike Brown backed the move and said it made no sense for the United States to give special preferences to countries that treated it unfairly.

“This should send a clear message to South Africa and their poultry industry that they will not be given a 'Get out of jail free' card every time AGOA rounds the turn,” he said.

South Africa exported $176 million in agricultural products to the United States under AGOA in 2014 and potential lost benefits are estimated to total $4 million to $7 million.

Products affected would include oranges, wine, macadamia nuts and citrus juice, according to US data.