You are here: Home/News/Article/‘AGOA extension will unleash African businesses’ 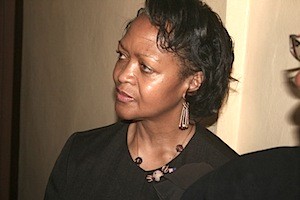 Even though total exports under African Growth and Opportunity Act (AGOA) have increased by 300 %, the US government believes that the extension of the deadline beyond 2015, will create bigger opportunities for African businesses.

AGOA is the US government’s signature trade initiative with sub-Saharan Africa. In 2012, eligible countries exported nearly US$35 billion in products to the United States under AGOA and its related general system of preferences provisions.

Total exports under AGOA have risen more than 300 percent since the programme started.

Although petroleum products accounted for 84 percent of AGOA imports to the United States in 2012, the programme has helped promote other value-added exports such as vehicles, apparel, footwear, processed agricultural products and manufactured goods.

No-oil exports to the United States from sub-Saharan Africa totalled US$4.7 billion in 2012, rising more than 250 percent since AGOA’s inception.

“We are extending AGOA beyond 2015 to promote economic development and expedite the integration of African economies into the world trading system. This will provide a framework for governments, the private sector and civil society to work together to build trade capacity and expand business links between the United States and Africa,” said Ms. Florizelle Liser, Assistant U.S. Trade Representative for Africa in the office of the U.S Trade Representative.

She explained that AGOA has been implemented to support regional economic integration to provide incentives for African countries to improve their investment climates, reduce corruption, respect human rights and the rule of law, improve infrastructure and harmonise trade standards to help them become more competitive in the global marketplace.

“The United States is strongly committed to expanding trade and investment, and to supporting broad-based economic opportunity and prosperity in sub-Saharan Africa,” she said.

Ms. Liser was addressing African journalists during a telephonic media briefing to preview the 2013 AGOA forum to be held in Addis Ababa, Ethiopia, from August 9th to 13th, under the theme “Sustainable Transformation through Trade and Technology.”

The forum will be the 12th annual high-level meeting that the United States and AGOA- eligible African countries have held since the enactment of the law in 2000 by the US Congress.

This year’s forum, which is being organised by the Corporate Council on Africa in collaboration with the Ethiopian Chamber of Commerce and Sectoral Association (ECCSA), will be preceded by a private sector and civil society programme that will include a high-level dialogue on the future of US-Africa trade and economic cooperation. It will also include a US-Sub-Saharan Africa trade exhibition to run concurrent to the forum.

Currently, there are thousands of products that are available under the AGOA list to enter the United States duty-free.

With more than 6,000 products receiving duty-free treatment when exported to the United States, AGOA has helped generate jobs through trade and investment opportunities during its short lifespan.

AGOA provides a framework for improved access to US credit and technical expertise, and establishes a high-level dialogue on trade and investment in the form of an annual US-sub-Saharan Africa Trade and Economic Forum.

You are here: Home/News/Article/‘AGOA extension will unleash African businesses’