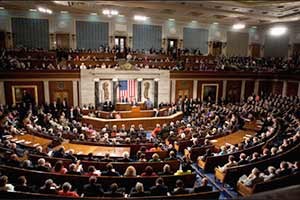 Exports from sub-Saharan Africa to the US, which had begun to pick up after plunging in the wake of Wall Street's 2008 implosion, dipped again last year - this time by 34% - and do not look as if they will recover soon.

This is not something US trade policy, in the form of the African Growth and Opportunity Act’s (Agoa’s) preferential tariff treatment for most African products, can do much about in the immediate term, even if the act is made more generous when it comes up for renewal in 2015.

It’s a problem of waning demand. Oil is the primary US import from Africa. The US thirst for imported oil (other than Canadian) is fast diminishing. Blame increased domestic production, the shale gas boom and improving energy efficiency. Last week, Citigroup issued a report predicting "North American energy independence" by 2020.

Nigeria’s exports to the US, 99% of which are oil and related products, went from $33.8bn in 2011 to $19bn last year, a 44% drop, according to the latest numbers from the US International Trade Commission.

US imports from Angola, again almost exclusively oil, were down 30% to $9.6bn.

Chad, Gabon and the Republic of Congo, the next tier of African oil producers, saw declines of 11%, 72% and 38% respectively.

Interestingly, the drop-off in US oil imports was considerably more pronounced from Africa than it was from the rest of the world, where the overall decline was a more modest 7.4%. The US customs service valued the goods Agoa countries shipped to the US last year at $46.6bn. Of that, 74%, $34.7bn, was accounted for by oil and its byproducts. Of the $11.9bn attributable to something other than oil, the lion’s share, $8.7bn or 63%, was South Africa’s.

A goodly portion of that, $1.9bn or 15%, was landed in the form of BMWs and Mercedes-Benzes built in Rosslyn and Port Elizabeth. Another 7%, or $868m, came from apparel sewn mainly in Lesotho, Kenya, Mauritius and Swaziland to take advantage of Agoa.

This figure might have been higher had Congress been quicker last year to re-authorise Agoa’s third-party fabric provision giving duty-free treatment to clothing made with non-African fabric.

There were 62,964 South African-built cars with an average landed cost of $30,000 apiece unloaded in US ports last year.

They were the country’s top export earner in the US, edging out unwrought platinum ($1.8bn) for the second time (the first was 2009). Beneficiated platinum, in the form of catalytic converters, continued to do well, with US imports worth $226m, up 2.4% on 2011. In 2008, the year the wheels came off the global economy, South Africa’s exports to the US hit their record high, just shy of $10bn, before plummeting to less than $6bn in 2009. They clawed back to $9.5bn in 2011, then stalled again last year at $8.7bn, largely on the lower platinum price.

One South African product that has not stalled is wine, albeit rising from a low base. US imports from South Africa shot up 34% last year to a record $59.7m and we may be at a tipping point (a subject for another day). South Africa is the 10th-largest source of US wine imports, just behind Portugal. South Africa has enjoyed a trade surplus with the US since 1999.

Overall, US exports to Agoa countries rose 6.5% to $20.6bn last year. This is healthy. It sends the right signal to the US government and to US business.

The political case for Agoa, and the access to the US market it unilaterally grants to eligible countries, is that it will help those countries grow so that they will in turn become growing markets for US goods and services. Debate on the renewal and expansion of Agoa, though not due until 2015, has already begun.

That South Africa makes more use of Agoa than any other African nation is clear to all. Some are asking whether it may not be time to graduate South Africa, now that it is the S in Brics, (Brazil, Russia, India, China, South Africa), as too developed to need or deserve Agoa’s benefits.

By Simon Barber - US country manager for Brand SA. 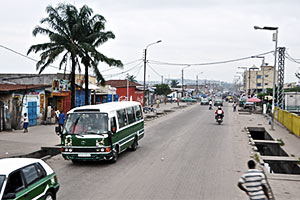 The Republic of the Congo offers “tremendous opportunities” to U.S. investors and both countries are working closely to develop trade partnerships. The business climate in the Republic of the Congo is “trending in the right direction” and has become ripe for foreign investment, according to the latest comments from U.S. officials. The U.S. embassy in the Central African nation believes Congo “offers tremendous opportunities to...