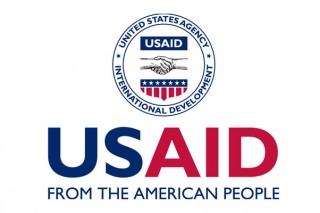 The United States operates four regional trade and competiveness hubs in sub-Saharan Africa. They aim to assist, enhance and broaden the flow of trade between the United States and the region, both inside and outside the terms of the historic African Growth and Opportunity Act (AGOA).

The four trade hubs -- located in Ghana, Senegal, Botswana and Kenya -- provide information and technical expertise to enhance and expand bilateral trade between the United States and Africa.

Nathan Van Dusen, an economist with Carana Corporation, which is working under contract with the U.S. Agency for International Development (USAID) to help manage the West and Southern Africa trade hubs, spoke in an interview with America.gov. He described the key role trade hubs play in helping firms and government agencies take advantage of trade opportunities with the United States. He acknowledged that some 80 percent of U.S.-Africa trade under AGOA is in petroleum-based products and said the hubs are not concerned with petroleum trade but rather in expanding the nontraditional export sectors for U.S.-Africa trade.

The trade hubs, he said, are helping to expand textile and apparel trade -- particularly trade in surgical scrub suits for hospitals. Additionally, the U.S. apparel retailer GAP Inc. has been obtaining much of its product line from southern Africa, the CVS drug store chain has been getting work wear for its employees, and Wal-Mart has been purchasing T-shirts and other low-end apparel items from West and Southern Africa.

"So there are a lot of U.S. companies that are doing business in the region, and we are seeing increasing interest, particularly with political risk in parts of East Africa becoming a problem for some manufacturers and also due to some uncertainty on where the labor market is going to go with China," with the possibility of rising labor costs in China, Van Dusen said.

Van Dusen said his trade hubs sent African business representatives to a large specialty food and trade show food show in New York in June. "Specialty foods last year in the United States were an $80 billion industry, and prior to the trade hubs working in this sector, there really was no presence of genuine African themes and manufactured products in the U.S. specialty foods market. We are now seeing a growing presence."

The hubs are now working with a specialty business operation that places "sets" of theme foods (French, Spanish, German, etc.) in U.S. supermarkets. This business group launched an African "set," which first was picked up by the Food Emporium, a grocery chain in New York City, and now that same set is in more than 7,000 grocery stores nationwide. The set, he said, includes "a variety of products from West Africa, Southern Africa and East Africa. It is a lot of sauces, jams, spice mixes and some milled flours. This importer has really taken a new risk in trying to create a new product area for the U.S. marketplace for specialty foods and it seems to be taking off."

Additionally, Van Dusen said the trade hubs have also been active in expanding the handmade gifts and décor trade and product sector, which includes beaded jewelry, Rwandan gift baskets and traditional Malian Bogolan or mud cloth bags, which have been put in Hallmark Gift Stores nationwide in the United States. That came about, he said, after the Hallmark Company came to the trade hubs and asked for products that could be easily stocked.

While tariff preference programs like AGOA have some impact in getting American companies to invest in Africa, he cautioned that they are not sufficient in themselves to stimulate trade between the United States and Africa.

"When we talk to aspiring or current exporters in the region, and when we talk to buyers and investors in the U.S. about sourcing from Africa or putting manufacturing operations in Africa, they do ask about tariff preferences, but they also ask about investment incentives, education levels and transportation costs. So the trade hubs, in addition to helping companies take advantage of the tariff preferences, are working in these other areas," he said.

Other factors, such as transport costs, time to market, labor productivity and rule of law are also important, he said. "There are a lot of factors that go into making that decision for a company. Tariff preferences [like AGOA] matter, but that may be 10 to 20 percent of what goes into that decision, depending on the company and what their requirements are," Van Dusen said.

The trade hubs provide assistance in helping companies manage "onerous paper requirements" that go along with tariff preferences, he explained. "In order to get a product into the United States under AGOA, you have to go through certain steps," which include the certification of a product's country of origin and the accompaniment of the proper U.S. customs forms filled out with all of the right codes. 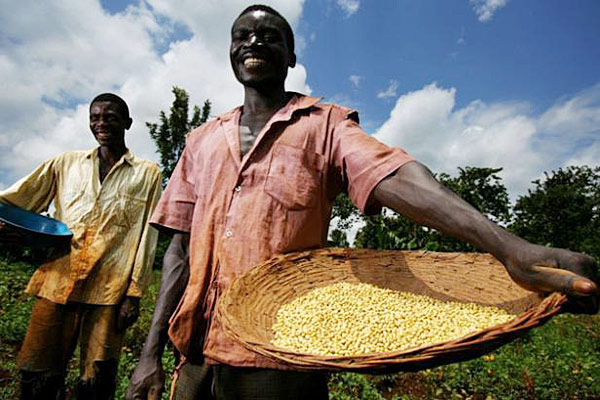 Producers of natural and organic foods will be sponsored to attend a global trade show in the United States. The sponsorship to be managed by ECA Hub - a trade initiative of the United States Development Agency (USAID) aims to help African businesses to take advantage of trade opportunities in the US under the African Growth and Opportunity Act (AGOA). These include duty-free treatment and unlimited access to the United States market. The...