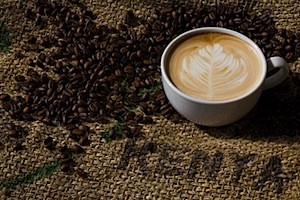 Coffee exports to America will not be adversely affected by the current global financial meltdown, an expert said on Tuesday.

Mr David Walker, a consultant in coffee and tea told stakeholders in the sector at Panafric hotel said that the challenge for the country was to market its coffee in America where the sales remained low.

“Kenya is already producing specialty coffee and it has gained acceptance in the American market, what is needed is aggressive marketing to increase the sales. You have to move the coffee to a level of selling itself” the consultant said.

There have been fears that exports to the Western countries, including America would decline as disposable incomes of consumers in these countries decrease.

He said the country had also not penetrated areas lacking in specialty coffee like the Middle East, which would greatly increase their sales.

The market for specialty coffee, he said, was growing at an average rate of 25 per cent per year.

The workshop was organised under the United States Agency for International Development (USAID) and the Export Promotion Council, which is meant to enhance Kenya’s ability to export to America under the Africa Growth and Opportunities Act (AGOA).

Mr Walker released findings on the situation of coffee and tea exports to the American market.

Kenya, on the other hand exports to America relatively lower priced goods and commodities such as tea, coffee, textiles, apparels, pyrethrum, handcrafts and processed nuts.


Click here to view a sector profile of Kenya's bilateral trade with the United States, disaggregated by total exports and imports, AGOA exports and GSP exports.