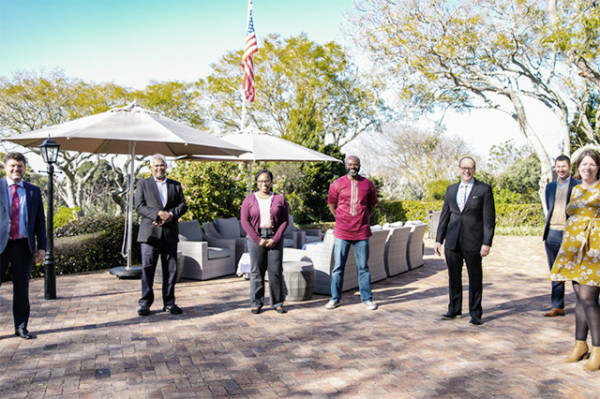 The U.S. Consulate General in Cape Town and the Western Cape Government marked the first six months of the Trade and Investment Promotion Partnership, launched in February 2021.

The partnership deepens bilateral cooperation and coordination to promote and increase bilateral trade and investment through various engagements, events, and high-level interactions.

It reflects the United States’ role as the top foreign direct investor in the Western Cape and supports two-way annual trade valued at approximately 16 billion Rand.

During the first six months of the partnership, U.S. companies announced agreements with Biovac to manufacture COVID-19 vaccines in Cape Town.

Trade continues to grow with 2021 citrus exports on pace to match or exceed 2020’s record-setting amount, which were valued at about $81 million. These and other trade and investment successes create jobs and other economic opportunities.

In addition to the visit of Deputy Assistant Secretary Cook, the group noted various high-level engagements during the partnership’s first six months, such as the virtual visit to Cape Town of U.S. Deputy Assistant Secretary of Commerce for Middle East and Africa, Global Markets, Camille Richardson. They also highlighted that Western Cape Premier Alan Winde and other provincial officials shared investment opportunities in the Western Cape with over 100 U.S. private sector companies and representatives during an event organized by the American Chamber of Commerce in South Africa in June.

Marking the anniversary, Minister Maynier said: “We are pleased with the results of the trade and investment promotion partnership which continues to grow from strength to strength and provides benefits for both regions. We have faced a number of shocks to the provincial economy and so the partnership couldn’t have come at a better time as we look to focus our efforts with urgency on saving jobs and rebuilding our economy in the Western Cape. In particular, the recent announcement by Pfizer and BioNTech of the agreement with Biovac to manufacture COVID-19 vaccines is a welcome boost of confidence to the economy in Cape Town and the Western Cape, which is already a leading hub for health tech and innovation in the medical sector.” 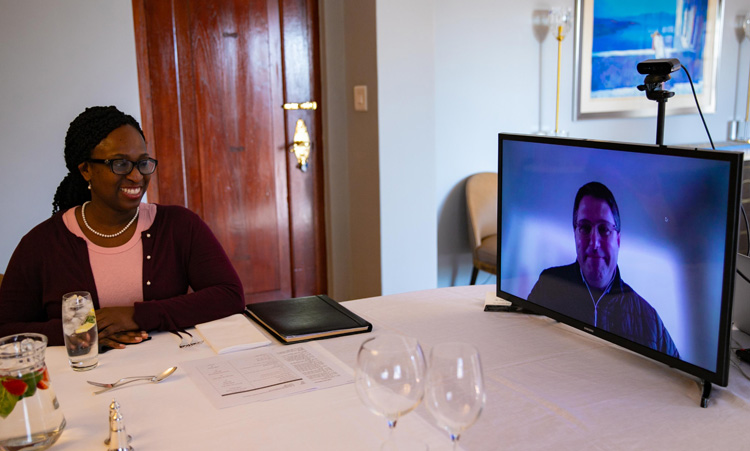 Deputy Assistant Secretary Cook said, “I was delighted to join this quarterly meeting of the trade and investment promotion partnership and to discuss the partnership’s successes over its first six months. The Biden Administration is committed to increasing two-way trade and investment and partnering with dynamic economies in Africa. This partnership reflects that commitment and demonstrates how we can promote mutually-beneficial economic development.”

Acting Consul General Stevens added, “We established the trade and investment promotion partnership on the basis of the strong economic and commercial ties between the United States and the Western Cape. The first six months of the partnership have been a resounding success, with huge investment trade wins that highlight the depth and breadth of those ties. The United States looks forward to growing our bilateral trade, which is currently valued at about $1 billion annually, and bringing more investment to the province as the top foreign direct investor in the Western Cape.”

The partnership’s success leverages the Western Cape’s decades of innovative trade and investment promotion and the expertise of 17 U.S. government agencies to support U.S. and South African businesses, and the African Growth and Opportunity Act (AGOA), which allows duty-free export of more than 6,5000 goods from Africa to the United States.