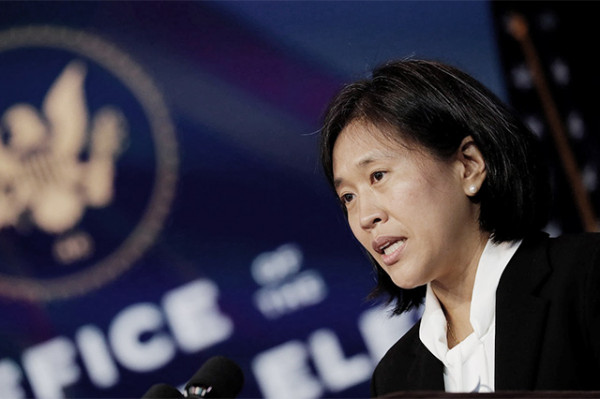 The Biden administration's plans to review foreign trade policy and refocus it on America's economic recovery have thrown long-running free trade negotiations with Kenya into disarray.

In a development that casts doubts on the future of a bilateral free trade agreement (FTA) with Kenya, United States Trade Representative Katherine Tai has informed Kenyan Minister of Industrialization, Trade and Enterprise Development Betty Maina of the U.S. government's plans to review trade negotiations started by the Trump administration in order to align them with President Biden’s goals.

“Ambassador Tai highlighted her ongoing review of the negotiations to ensure that any agreement aligns with the Biden-Harris administration’s Build Back Better agenda,” said Tai’s office in a statement following a virtual meeting with Maina.

“The Biden administration will prioritize trade policies that have tangible benefits for all working Americans, families and communities."

The statement added that while the two discussed the importance of the U.S.-Kenya relationship and strengthening ties between both countries, they agreed on the shared priority of supporting African integration and maintaining a sustained dialogue about key issues.

The focus on supporting African integration was symbolic, considering that Kenya has come under criticism for undermining regional and continental integration efforts in its unilateral pursuit of foreign trade agreements.

By crafting a trade policy around its domestic "Build Back Better" agenda, the Biden administration seeks to put trade at the center of American economic recovery after the ravages of COVID-19 pandemic.

This inward-looking trade agenda puts Kenya’s pursuit for an FTA with the U.S. in jeopardy, and it comes at a time when commitment to the implementation of the African Continental Free Trade Area (AfCFTA) by a majority of nations is fast waning. The AfCFTA came into effect in January and has had a slow start, with a total of 18 countries yet to ratify the agreement.

Kenya was hoping to secure a trade agreement with the U.S., considering that the African Growth and Opportunity Act (AGOA) that defines U.S. trade with sub-Saharan Africa is set to expire in 2025.

In 2020, overall U.S. foreign trade plunged 12.3 percent to $4.9 trillion, the largest nominal decrease since 2009. Over the course of the year, exports of goods and services decreased by 15.7 percent while imports were down 9.5 percent.