You are here: Home/News/Article/US Chamber drives for Kenya-US trade deal 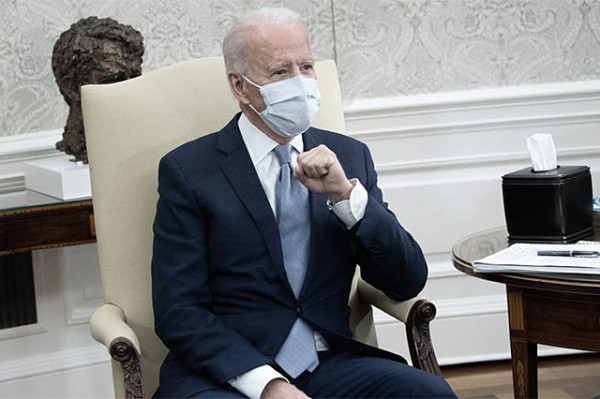 The United States Chamber of Commerce has urged President Joe Biden to seal a new trade deal with Kenya, which was initiated by his predecessor Donald Trump.

The biggest and most influential US business lobby group wants the ongoing negotiations for a free trade agreement (FTA) between the two nations concluded fast to pave the way for uptake of business and investment opportunities.

“The Chamber supports the negotiation of a high-standard free trade agreement with Kenya, which may serve as a model for future trade and investment engagement with Africa,” said the business group in a series of recommendations for the new Biden administration.

“These initiatives deserve a favourable assessment by the Biden administration, which can easily continue these negotiations where the Trump administration has left off.”

The White House did not immediately respond to a Business Daily request for comment.

Follow developments on the US-Kenya FTA at this link.

Kenya and the US on July 8 last year formally launched negotiations for the bilateral trade pact.

The pace of the negotiations for the new trade pact was, however, slowed down by the coronavirus pandemic.

A change of guard at the White House raised uncertainty over the FTA deal, with Mr Biden embarking on the reversal of numerous policies that had been rolled out by his predecessor. They span immigration to climate change.

Kenya is keen on signing a new trade deal with Washington before the expiry of the current arrangement under the Africa Growth and Opportunity Act (Agoa), which allows sub-Saharan African countries to export thousands of products to the US without tariffs or quotas until 2025.

Agoa grants 40 African States quota and duty-free access to the US market of more than 6,000 product lines. Two-way goods trade between the US and Kenya totalled Sh118 billion in 2019, up 4.9 percent from 2018.

"We appreciate what has been achieved through Agoa, but it is time we moved to much closer trade arrangements that are mutually beneficial.

We will not lose focus on concluding the FTA," President Uhuru Kenyatta said last month when he bid farewell to outgoing US Ambassador to Kenya Kyle McCarter at State House, Nairobi.

Mr Biden in a telephone chat with Mr Kenyatta in December spoke about his interest in "building on the strong and lasting partnership between his country and Kenya" across a variety of issues affecting both countries following his election win against Mr Trump.

The stance of President Biden’s administration on the proposed free trade deal with Kenya is likely to be revealed when his pick for the next US trade representative post, Katherine Tai, appears before the US Senate for a confirmation hearing later this month.

Kenyan firms have backed the free trade negotiations, shrugging off concerns that goods produced cheaply by advanced US factories could push some of them out of business.

American firms have asked Kenya to fix its weak intellectual property laws as one of the conditions for backing the "model trade agreement" being negotiated by the two nations.

Kenya is also pursuing a new bilateral trade deal with the UK post-Brexit. It hopes that new deal would cushion her from potential hits after partner States of the EAC failed to conclude an Economic Partnership Agreement with the EU.

In the half-finished EPA deal, the EU allowed Kenya interim duty-free market access although this cannot be relied on until other remaining partners of the EAC put ink to paper to make it binding. Only Kenya and Rwanda signed the deal.

You are here: Home/News/Article/US Chamber drives for Kenya-US trade deal