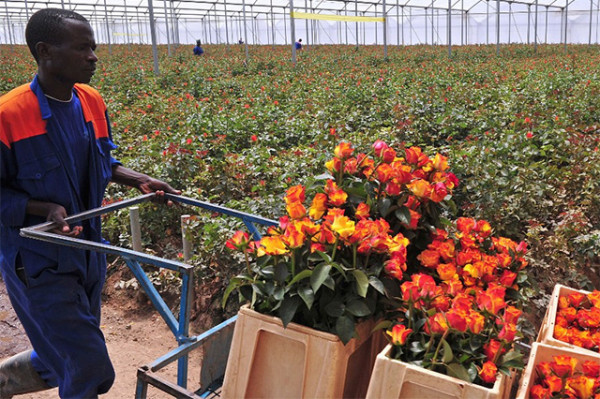 A cloud of uncertainty has engulfed Kenya’s pursuit of a free trade agreement (FTA) with the United States due to the impending change of guard at the White House.

Even before he takes office, President-elect Joe Biden has sent strong indications of plans to annul many of President Donald Trump’s policies, cutting across trade, environment and geopolitics - something that has Kenya on edge over the ongoing negotiations for a bilateral FTA.

Anxiety in Nairobi has been exacerbated by the unexpected resignation of U.S. ambassador to Kenya Kyle McCarter [see Op-Ed piece here], who espoused President Trump’s belief in deepening trade and commercial engagements with Africa.

“The Trump administration valued bilateral approach to policy but the Biden administration has promised a return to multilateralism and alliance-building. While Kenya might want to continue the pursuit of an FTA, there is no guarantee of Washington being interested,” said Ken Gichinga, chief economist at Mentoria Economics.

He added that while the need to neutralize China’s influence in Africa is something the new U.S. administration would want to pursue, the need to broaden the spectrum of trade and commercial interests through the African Continental Free Trade Area (AfCFTA) looks more feasible.

Cooperation through AfCFTA will revive the importance of the African Growth and Opportunity Act (AGOA), which has failed to flourish under the Trump administration. Total two-way goods trade between the U.S. and Africa declined from $36.9 billion in 2015 to $34.7 billion in 2019.

Of importance to note is that AGOA, which is set to expire in 2025, was renewed during the Obama administration in 2015 when Biden was the vice president.

Kenya’s FTA negotiations with the U.S. commenced in July last year, and the target was to have a deal that would allow duty-free access for Kenyan goods to the U.S. market before the end of the year, while the Trump administration was still in office.

Though Kenya has maintained that the unilateral pursuit of an FTA will bring predictability in trading with the U.S. and that it serves as a model for other sub-Saharan Africa countries, concerns have been raised that opening the Kenyan market to U.S. goods will kill sectors like agriculture and manufacturing.

In 2019, two-way goods trade between the U.S. and Kenya amounted to $1.1 billion, with Kenya’s exports mainly being textile and apparels, agricultural products and artifacts. Currently the U.S. ranks as Kenya’s third largest export market and seventh overall trading partner.

The FTA has also been criticized as part of Kenya’s tendency to undermine the East Africa Community, of which Kenya is a member and whose treaty requires negotiating trade agreements as a bloc.

“Kenya is an important hub on Africa policy and whatever fate befall the FTA, the Biden administration will continue to engage Nairobi particularly on issues of security and counter-terrorism,” observed Gichinga.

The U.S. currently has 14 FTAs in force with 20 countries worldwide, among them Morocco in Africa which was signed in 2004.