You are here: Home/News/Article/Op-Ed: 'As it plans a new free trade deal with the US, Kenya must watch its steps'

Op-Ed: 'As it plans a new free trade deal with the US, Kenya must watch its steps' 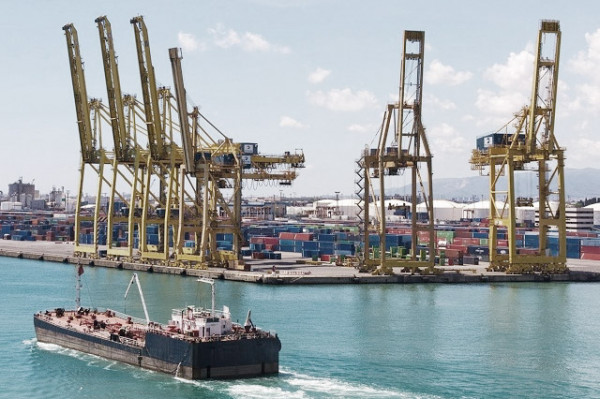 In January, Kenya’s President Uhuru Kenyatta and his US counterpart Donald Trump announced their intention of signing a free trade agreement between the two countries.

This would be the second such bilateral agreement with an African country, following the 2004 Morocco-US trade agreement.

Agoa allows 40 eligible African countries to export more than 1,800 products duty-free to the US market. In 2017, US’s two-way trade with sub-Saharan Africa was $39 billion, comprising exports $14.1 billion and imports $24.9 billion.

Under Agoa, Kenya, with a trade value of $408 million was among the top five exporters to the US in 2017, including Nigeria $6.1 billion, South Africa $2.9 billion, Angola $2.3 billion, and Chad $590 billion. Kenya is also a leading apparel exporter, an industry employing more than 40,000 workers.

These are pertinent questions. In this day and age, multilateralism is under threat. The US-China “trade war” raged on with marginal reference to the role of the World Trade Organisation, a multilateral agency designed to ensure the free flow of trade. The US harangued Canada and Mexico to replace the North American Free Trade Agreement (NAFTA)with a new US-Canada-Mexico deal. All indications point to a US-EU trade tiff in future. With such developments, is there hope of Agoa’s renewal on expiry in 2025?

For now, the US’s main reason for the proposed deal with Kenya is security. Kenya is a key ally in the campaign against the Somalia militant group al Shabaab. The second reason is economic, to deepen commercial ties with the East African Community powerhouse in a region with the fastest growing economies in the world.

The third reason is political, reflecting the US’s obsession to counter the Chinese influence in Africa.

For Kenya, the proposed bilateral trade deal has advantages. It would secure US investments that would create jobs and Kenya will be a beach-head for increased investments in the EAC and the AfCFTA. It will enhance quality standards to meet the US export requirements and support Kenya’s enterprises through technical assistance to effectively utilise its trade benefits under Agoa.

According to the Office of the US Trade Representative, the 2019 two-way trade between the US and Kenya amounted to $1.1 billion. The US principal exports to Kenya include aircraft, plastics, machinery and cereals (wheat). Kenya’s principal exports to the US include apparel, edible fruit and nuts, coffee, tea and titanium ores and concentrates.

Available data shows that the stock of US foreign direct investment into Kenya amounted to $405 million in 2017. This compares with China’s FDI of $520 million and trade volume of $5.3 billion in 2018. The US Administration has frequently railed against China’s increased influence in Africa.

About the Morocco-US deal, here are some lessons learned. The deal was seen as an opportunity to access the US market and for increased investments into Morocco. Both countries deepened their trade and investment relations.

Initially, Morocco faced challenges. Take textiles for example. The Morocco-US rules of origin were similar to Nafta’s. This did not quite work well for Morocco. Why? Because Nafta’s rules required Mexican textile firms to use inputs from the US next door. But geography matters as Morocco is simply too far for such integrated “supply chain.”

Also, Americans demand expeditious delivery of finished goods. Here too, distance to market proved formidable. Moroccans quickly learned their lessons. They established the Moroccan American Centre for Policy, a non-profit, principally to inform US opinion makers, government officials, and the public about political and economic developments in Morocco and its strategic position in North Africa as a launching pad to the EU and sub-Saharan Africa.

Kenyans will do well to heed these lessons. The chamber of commerce, business associations and consumer lobbies need to be engaged for promotional campaigns in the US. Access to vital US market information need to be developed. Customs procedures need to be expedited. In the World Bank Doing Business 2020, Kenya improved its ranking from 61 (2019) to 56 out of 190 countries. However, Customs reforms are needed to expedite “trading across borders.”

The proposed Kenya-US deal has implications for both the AfCFTA and Agoa. A third party agreement of this kind is clearly a threat to the continental accord. It weakens Africa’s collective negotiating hands, for example to renew the Agoa when the time comes. Bilateral deals diminish the much applauded “we-feeling” engendered by the continental trade pact.

Under AU rules, any preferences given to a third party must also be given to other members. The onus is thus on Kenya to demonstrate how its proposed bilateral deal with the US will align with the AfCFTA.

With Agoa expiring in 2025, its renewal cannot be taken for granted. What we do know is that multilateralism has given way to bilateral deals in the Trump era.

Africans need to recognise that the proposed Kenya-US trade agreement may become the model for bilateral deals with the rest of the continent in the years ahead.

>>>   Note on the charts below: activate/deactivate individual time series by clicking on the series name.

You are here: Home/News/Article/Op-Ed: 'As it plans a new free trade deal with the US, Kenya must watch its steps'