You are here: Home/News/Article/Possible US tariffs on car imports might mean job losses in South Africa 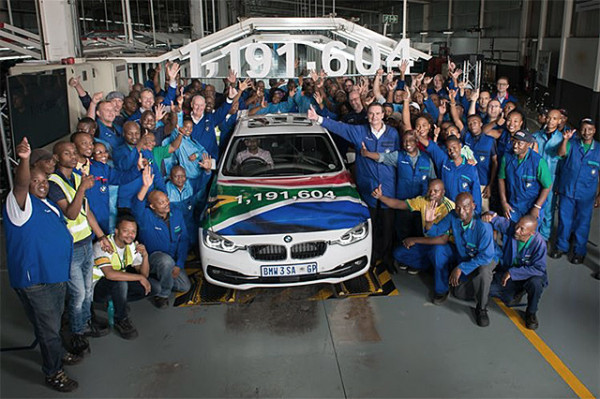 The decision by US president Donald Trump within the next three months on whether or not to impose tariffs on the imports of vehicles and their components will have a significant effect on SA, and could result in job losses.

US embassy spokesperson Robert Mearkle confirmed that the US secretary of commerce Wilbur Ross had formally submitted the results of an investigation by that country's department of commerce into the effect of imports of automobiles and automobile parts on US national security, to the White House on February 17.

“President Trump has 90 days to decide what action, if any, is necessary,” Mearkle said.

The investigation which was launched in May 2018 was conducted under section 232 of the Trade Expansion Act, which authorises the US president to adjust imports tariffs if the imports are a threat to national security. Trump raised the tariffs on steel by 25% and aluminium by 10% following a similar section 232 investigation.

“There is evidence suggesting that, for decades, imports from abroad have eroded our domestic auto industry,”  Ross said in a statement when the investigation was announced.

“The department of commerce will conduct a thorough, fair, and transparent investigation into whether such imports are weakening our internal economy and may impair the national security.”

Some reports suggested that Trump was pursuing tariffs upwards of 25% on cars, SUVs, vans, light trucks and automotive parts.

South African car manufacturers currently have duty-free access to the US market because of the African Growth and Opportunity Act (Agoa), a nonreciprocal preferential trade agreement between the US and some African countries.

The exit of BMW from the US market has seen a sharp decline in South African motor vehicle exports there. According to the National Association of Automobile Manufacturers of SA (Naamsa) the number of vehicles exported to the US declined from 53,606 in 2015 to 13,037 in 2018. This was because in 2018, the largest vehicle exporter, BMW, shifted production from the 3-Series — which it used to export to the US — to the X3 SUV, which is now destined for Europe.

However, a rise in tariffs could have a major effect on automotive component exports to the US.

National Association of Automotive Components and Allied Manufacturers executive director Renai Moothilal has warned that any new or raised import tariffs would have a negative effect on the components sector and was likely to result in job losses. He estimated that in 2017, the value of South African components exports to the US was just more than R4.2bn.

Trade and industry minister Rob Davies lobbied strenuously against the imposition of tariffs on SA's vehicle and components in Washington in 2018, pointing out that their imposition on South African exports would significantly erode the benefit the country was meant to enjoy under Agoa.

Department of trade and industry deputy director-general Xolelwa Mlumbi-Peter said in a briefing to parliament's trade and industry committee on Wednesday that the imposition of tariffs on South African vehicles and components would have significant implications for SA.

You are here: Home/News/Article/Possible US tariffs on car imports might mean job losses in South Africa