You are here: Home/News/Article/Lesotho: Economy set to grow 3% thanks to AGOA

Lesotho: Economy set to grow 3% thanks to AGOA 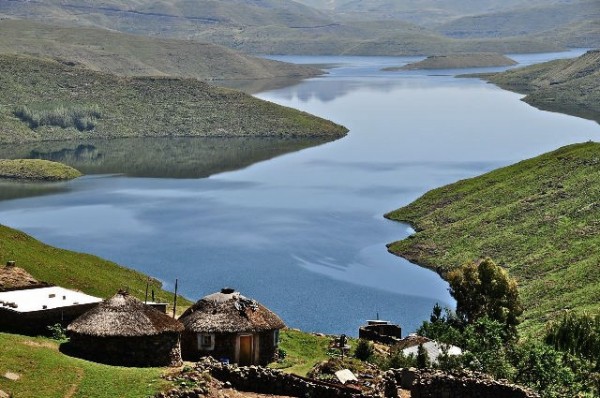 But the International Monetary Fund (IMF) has warned that the government needs to aggressively control spending and address the fragile political situation in the country.

The warnings are part of the IMF findings which were released this week after an IMF staff team, led by Christine Dieterich, visited Maseru from 2 to 15 November 2017 for consultations with the government and other local stakeholders.

In a statement this week, the IMF noted that although the economy was expected to grow by three percent this fiscal year on the back of improved performances in the mining and agricultural sectors, government needed to take urgent measures to restore fiscal sustainability and reduce pressure on international reserves.

"Economic growth is expected to exceed 3 percent this fiscal year, shielded against the SACU revenue shock by the government's decision to run large fiscal deficits," the IMF said in in its statement, adding, "The mining sector and the recovery of agriculture after two years of drought are expected to be major contributors to growth".

The IMF also noted that economic growth was also made possible by the government's decision to begin implementing multi-sectoral reforms as per the recommendations of the Southern Africa Development Community (SADC).

The African Growth and Opportunity Act (AGOA) provides for duty-free entry of goods into the United States of America from designated sub-Saharan African countries, including Lesotho, and it applies to both textile and non-textile goods. The legislation, which was approved by the US Congress in May 2000 is meant to incentivise African countries to open their economies and build free markets.

Lesotho's textile and garment industry, which is anchored on AGOA, employs more than 40 000 people, in addition to other downstream sectors.

So far, the United States government has deemed Lesotho eligible for AGOA in 2017 to give the country time to meet the facility's benchmarks which include the full implementation of constitutional, governance, media, public and security sector reforms recommended by SADC in 2016 to ensure lasting stability in the country.

Some of the reforms that have been implemented include the 1 December 2016, enforced retirement of former army commander, Tlali Kamoli who is now facing murder and attempted murder cases which had contributed to the instability in the country.

While acknowledging the prospects of economic growth, the IMF however warned of the need to aggressively cut down spending, saying "fiscal buffers (were) shrinking and government needs to adjust to restore fiscal sustainability and reduce pressure on international reserves".

"Lesotho's new government faces difficult challenges due to external shocks compounded by a fragile political situation. A sharp drop of SACU revenues and slim prospects for a quick recovery put severe pressure on the fiscal accounts.

"After two consecutive years of fiscal deficits exceeding 6 percent of GDP, financed by drawing down government deposits at the central bank, these buffers have been dwindling. The fiscal situation has been compounded by shortfalls of domestic revenues.

"While SACU revenues have been difficult to predict in the past, prospects for a quick recovery are very slim, given the slow economic growth in South Africa."

These include government support for the private sector to enhance job creation, reducing red tape as well as improving human capital through education and by addressing the high HIV/AIDS rates, especially among women.

"In an environment with high income inequality and unemployment, the challenge for the government will be to identify high-quality fiscal adjustment measures, aimed at improving spending efficiency while limiting the negative impact on poverty and growth.

"To remove obstacles for private sector development and enhance job creation, reducing red tape will be an important short-term measure. Over the medium-term, improving human capital formation is critical as stubbornly high HIV/AIDS rates, especially for women, and little progress in education standards have taken a toll on labor productivity."

The IMF however, commended government, saying it had already initiated measures to strengthen public financial management and procurement as part of efforts to reduce the fiscal deficit.

"The government is committed to addressing this (fiscal deficit) challenge and has initiated processes to improve domestic revenue performance, control spending this fiscal year, and substantially reduce the fiscal deficit for the 2018/19 budget," the IMF states.

The 2017/18 National Budget has proposed a lower fiscal deficit equivalent to 7.0 per cent of GDP for the current fiscal year, compared to the estimated deficit of 10.6 per cent realised in 2016/17. 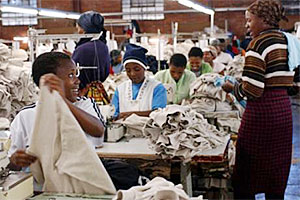 For much of her childhood, Ntaoleng Moloi’s father was like a ghost. He missed birthdays and first days of school, family jokes and first snows. Months and then whole seasons passed without his presence. It felt, at times, like he was thousands of feet below the surface of her life, somewhere dark and unreachable.  That’s because, for much of the time, he was. Moloi’s father was a gold miner, and like many men of his generation in... 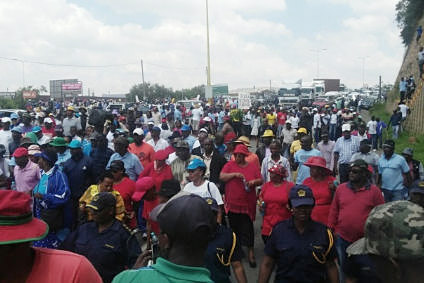 Workers in Lesotho demonstrate to 'save AGOA'

An estimated 20,000 workers have taken part in demonstrations in Lesotho in a bid to end political instability that threatens the southern African nation's duty free access to the US through the African Growth and Opportunity Act (AGOA). The demonstrators are calling on the government to restore democracy and the rule of law after a coup in 2014. The US has already threatened Lesotho's access to AGOA if this does not happen, and the regional... 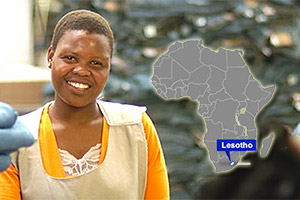 Lesotho: 'The US finally did something right in Africa - and it's about to stop?'

For much of her childhood, Ntaoleng Moloi's father was like a ghost. He missed birthdays and first days of school, family jokes and first snows. Months and then whole seasons passed without his presence. It felt, at times, like he was thousands of feet below the surface of her life, somewhere dark and unreachable. That's because, for much of the time, he was. Moloi's father was a gold miner, and like many men of his generation in Lesotho -... 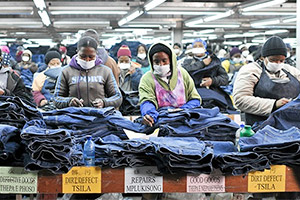 The textiles and garments industry in Lesotho, exported at least $330 million worth of products to the U.S. last year, making it the country’s largest private-sector employer as the nation reaps big from the African and Growth and Opportunity Act (AGOA). The tiny Southern African nation is one of the African nations benefiting from the trade pact signed in 2000, allowing at least 6,000 products from 38 sub-Saharan African to enter the U.S.... 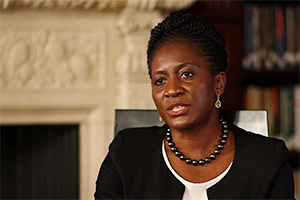 Lesotho: Bracing for the post-AGOA period

Next time you pick up sporting gear or a pair of jeans in a US mall, do check the label. It may have been made in Lesotho, a small, mountainous and land-locked country completely surrounded by South Africa, with a population of around two million. Lesotho is a beneficiary of the Africa Growth and Opportunity Act (AGOA), which allows over 6,400 products from eligible sub-Saharan African countries to enter the US market duty-free. The country... 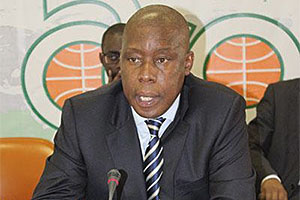 The US- Africa African Growth and Opportunity Act (AGOA) Forum, which took place from September 22-26, 2016, in Washington DC, USA, was an opportunity for both African countries and the US to reflect on the gains made under AGOA to date. This was especially important as indications point to the current iteration of AGOA being the last one ahead of a new trade dispensation between the US and Africa from 2025 onwards, punctuated by reciprocal... 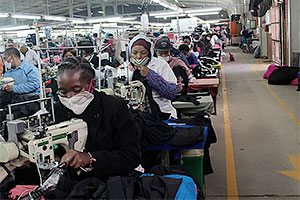 In Lesotho, evidence of US trade deal's success, and its limits

Most months, Mamoleboheng Mopooane’s paycheck passes through her hands like water. There are her children’s school fees and groceries, rent, winter jackets, and the open palms of unemployed relatives back home asking again and again if she can spare just a little something, anything, to help them get by. All of that is a lot to ask of the $100 she earns every month stitching seams into American bluejeans at a garment factory here, and...

You are here: Home/News/Article/Lesotho: Economy set to grow 3% thanks to AGOA