You are here: Home/News/Article/'Strict AGOA rules put African policies and trade on the line' - Columnist 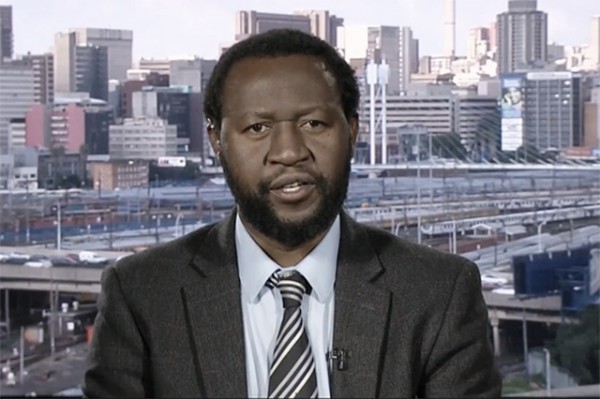 South Africa’s trade deal with the US, under the African Growth and Opportunity Act (AGOA), may have its benefits, however, overall it is heavily skewed in favour of the US.

South Africa’s strategy of pursuing a “developmental trade” policy, in which trade agreements with other countries should promote growth, employment and the industrial upgrade of the country, are frequently undermined by unequal global trade rules, markets and power which favour industrialised countries.

The terms of Agoa reflect the unequal global trade rules, institutions and countries negotiating a power balance which is stacked in favour of industrial countries, to the disadvantage of African and developing countries.

The US government is reviewing the eligibility of sub-Saharan African countries, including South Africa, to continue to receive benefits in 2018 under Agoa.

Individual African beneficiaries are annually reviewed for whether they should still be eligible for benefits.

Although trade relations between the US and South Africa are supposed to be on equal footing, South Africa cannot review trade behaviour of the US, in similar ways that the US annually reviews South Africa and individual African countries for continued eligibility.

South Africa and other African countries have little recourse for trade, economic and political disputes with the US. South Africa, Africa and developing countries are marginalised in the World Trade Organisation’s Dispute Settlement Mechanism, which is dominated by industrialised countries.

Furthermore, because of the asymmetric power balance between South Africa and the US, the US can threaten with sanctions. If South Africa were to retaliate, the country may also face a backlash from globally dominant US investors, media and markets.

At the Africa Trade Week panel discussion on Agoa in Addis Ababa late last year, South African Trade and Industry Minister Rob Davies pointed to barriers in the US, such as stringent sanitary and phytosanitary measures, labelling requirements, higher tariff barriers for African manufactured products and the fact that the most important African export products are excluded from Agoa, as obstacles to African countries optimally utilising Agoa.

To be eligible for benefits under the trade agreement, South Africa and other African countries must meet criteria as set out in Section 104 of Agoa. These include that the other country must be deemed a market-based economy with open, rules-based trading and minimal government interference; the elimination of barriers to US trade and investment; and the country may not engage in activities that “undermine US national security or foreign policy interests”.

These requirements undermine the space for African countries to come up with independent policies appropriate to their circumstances, make it difficult for African countries to diversify into new industries - which often initially need nurturing - and allows US companies, with highly subsidised products, scale and financial muscle, to flood African markets with cheaper products, and in doing so possibly destroying local industries.

The American Chamber of Commerce in South Africa ahead of the 2015 “out-of-cycle” review also urged the US government to review South Africa’s benefits under Agoa unless the country made two draft bills, the Expropriation Bill and the Intellectual Property Regulations, more favourable to US companies.

The US administration and companies are also insisting that South Africa offers the US the same terms, if it is more favourable, as it gave to European companies under the Economic Partnership Agreement signed by South Africa and the EU in 2016.

South Africa complained ahead of its 2015 out-of-cycle Agoa review by the US government that the import of US chicken, beef and pork were tantamount to US companies dumping these products in the country, pushing South African companies into bankruptcy. It was also forced to lift health restrictions against US poultry, pork and beef, which did not adhere to South African health standards.

Ahead of the 2015 review, the US government threatened to end duty-free entry of wine and citrus if South Africa would not lift these sanitary restrictions. Then-US President Barack Obama warned that South Africa faced potential suspension of its trade benefits under Agoa and gave it a 60-day deadline to compromise.

South Africa had for 15 years banned frozen poultry imports from the US because it feared highly subsidised US poultry would be dumped in South Africa, causing the collapse of the local industry.

Over the years, this was never challenged at the World Trade Organisation (WTO) or in court by the US. Over the past few years industrialised countries have in trade agreements with individual developing and African countries pushed through concessions they would not have secured through the WTO process.

South Africa had restrictions on US pork as well, because they might transmit porcine reproductive and respiratory syndrome. South Africa had a salmonella protocol whereby imported poultry are tested for salmonella. The country also had concerns over whether US poultry farms were free of avian flu. South Africa in 2003 introduced a ban on US beef after the Bovine spongiform encephalopathy, commonly known as mad cow disease, was detected. The ban was subsequently lifted.

South Africa was forced to concede to give US bone-in chicken exporters quota-based market access to markets - or risk losing all benefits under Agoa. South Africa lifted anti-dumping duties for a quota of 65 000 tons of bone-in chicken a year. It was also forced to compromise on its standard salmonella testing protocol for poultry imports from the US.

South Africa was forced to agree to unrestricted importation of US pork shoulder cuts. The US agreed to health “mitigation” measures which included removing parts of the pork before exporting it. As part of the South African compromise, US and South African veterinarian officials would certify US meat imports as healthy.

The SA Poultry Association (Sapa) and SA Pork Producers’ Organisation have appealed the enforced concessions by the government to do away with the health restrictions on US imported poultry and pork. Shoprite Checkers and Pick'n Pay have resolved not to import US poultry.

According to the figures from Sapa, up to 4 000 jobs were lost in 2016 because of unfair poultry imports, with a dozen small producers forced to close. Sapa calculates that for every 10 000 tons of chicken imported into South Africa, more than 1 000 jobs are lost in the country.

More jobs are likely to be lost if one includes the knock-on-effects of the rationalisation of the poultry industry on the wider value chain. These include distribution and logistics and animal feed sectors; and related service providers and suppliers, such as the maize industry.

South Africa needs to review aspects of AGOA, which is putting its “developmental trade” policy in peril.

You are here: Home/News/Article/'Strict AGOA rules put African policies and trade on the line' - Columnist