You are here: Home/News/Article/Why the US's use of AGOA reviews worries African trade ministers

Why the US's use of AGOA reviews worries African trade ministers 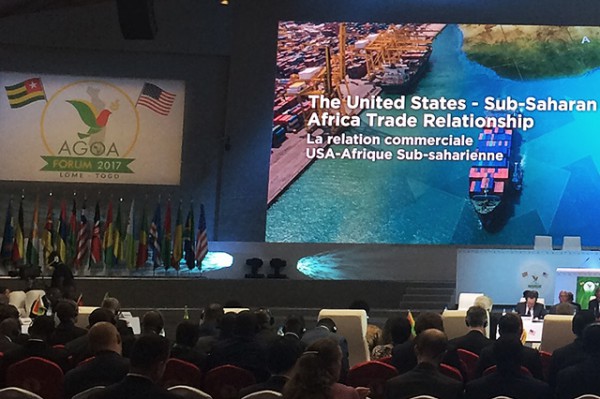 African countries have urged the US not to use the out-of-cycle reviews under the Africa Growth and Opportunity Act (Agoa) in a manner that restricts their ability to pursue policies in their national interest, in particular those that promote industrialisation.

Agoa provides duty-free, quota-free treatment for more than 6,000 tariff lines from African countries into the US market.

East African countries Rwanda, Tanzania and Uganda — are being subjected to out-of-cycle reviews of their eligibility to partake in Agoa because they have imposed higher tariffs on imported second-hand clothing to protect and promote their own textile sectors.

This fell foul of interests in the US, which complained to the trade administration.

Xolelwa Mlumbi-Peter, the Department of Trade and Industry’s deputy director-general for international trade and economic development explained that eligibility for Agoa required that countries have a market-based economy with no barriers to US trade and investment.

"This does reduce the policy space of countries to advance their own developmental agenda, the most important element of which is industrialisation," she said from Lome in Togo.

The use of out-of-cycle reviews issue was raised by African trade ministers who met on the sidelines of the 16th Agoa Forum in Lome last week.

While the ministers agreed that the out-of-cycle review was an integral part of Agoa legislation, they believed it should "not be used in a way that would be detrimental to the spirit of Agoa and urged the US to consider legitimate public policy issues that are critical to Africa’s development, in considering petitions for out-of-cycle reviews".

Out-of-cycle reviews were introduced into the renewed Agoa in 2015 and allow an affected US industry or company to complain to the US trade representative if an Agoa beneficiary country adopts policies that undermine its interests.

The duty-free access that SA’s agricultural products enjoyed in the US were threatened with exclusion from Agoa in 2015 because of the import barriers SA imposed on US chicken, pork and beef. 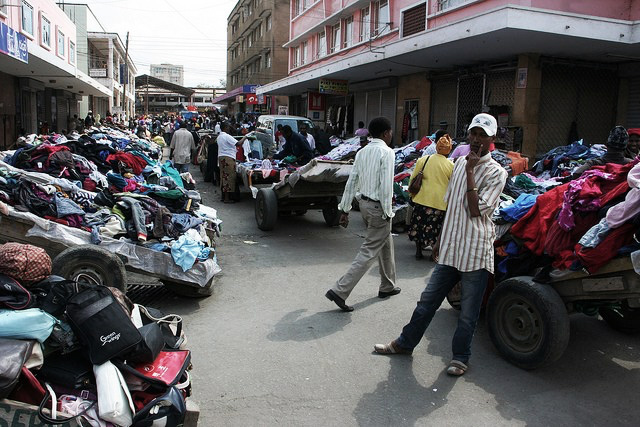 Representatives of the Secondary Materials and Recycled Textiles Association (SMART) were notified today by the Office of the United States Trade Representative (USTR) that a proposed ban on secondhand clothing imports from the U.S. by members of the East African Community (EAC) will not be implemented by four out of the five countries who originally proposed the ban. Kenya announced their decision to back off from the ban in 2017, and... 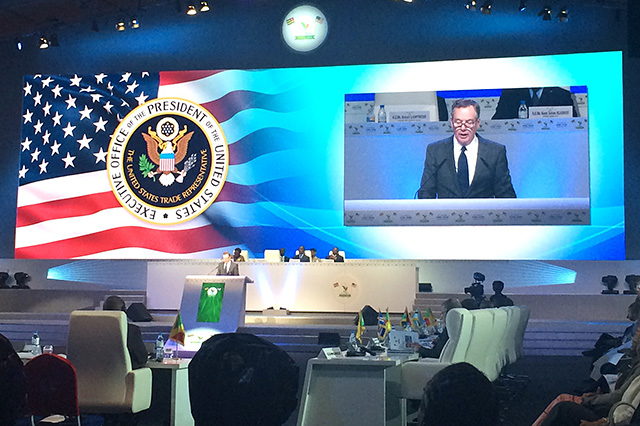 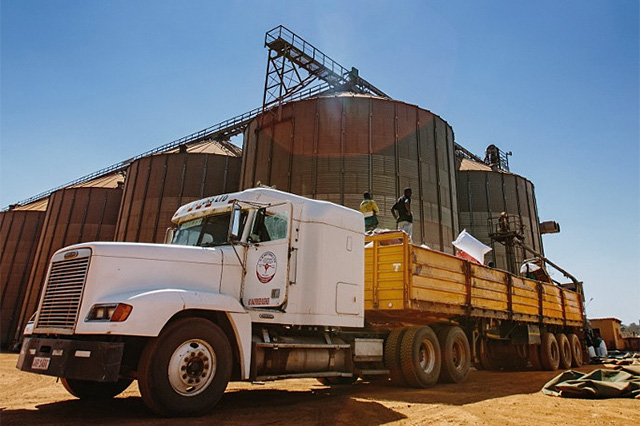 How African countries can maximise the benefits AGOA provides US assures Africa AGOA pact is here to stay

The United States is determined to deepen trade with sub-Sahara Africa following assurances that the African Growth and Opportunity Act (Agoa) deal is safe under the Trump administration. While a dark cloud has been hanging over Agoa since Donald Trump became US president over six months ago, a top US trade representative has assured African countries that the US is committed to a stronger and more sustainable relationship with Africa through... 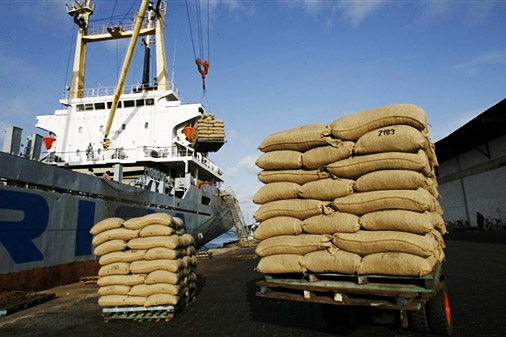 The African Growth Opportunity Act (AGOA) is a cornerstone of United States (U.S.)-Africa trade relations and has facilitated mutually beneficial trade and investment relations between eligible African countries and the U.S.  Total trade between the Sub-Saharan Africa and the U.S. stood at $33 bn in 2016. Through AGOA, non-energy exports from Sub-Saharan Africa (SSA) into the US, mainly for clothing and textile, autos and agriculture... 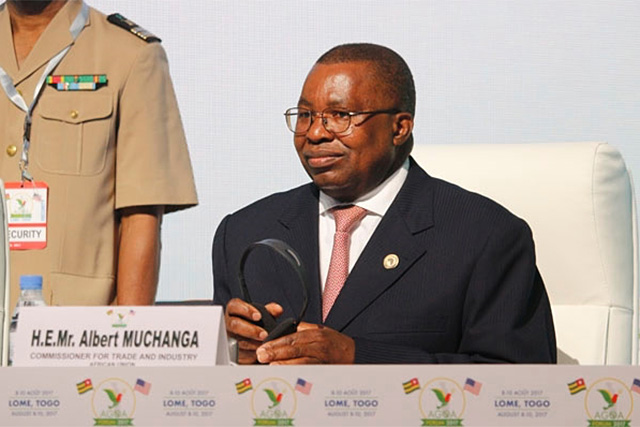 AGOA Forum 2017: Opening statement by the AU Commissioner for Trade and Industry

Statement by Ambassador Albert M. Muchanga Africa Union Commissioner for Trade and Industry I am delighted to be here this morning and participate in the opening ceremony of the United States-Sub Saharan Africa Trade and Economic Cooperation (AGOA) Forum that is convening under the Theme: “The U.S. and Africa: Partnering for Prosperity Through Trade”. My statement will be brief. I will broadly touch on the challenge that we face to... 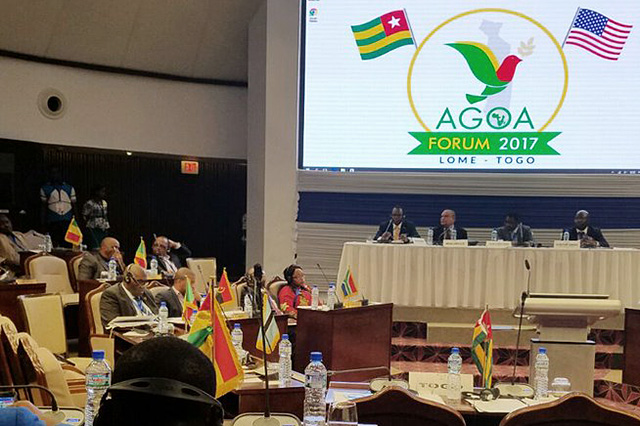 LOME (Reuters) - Talks between African and U.S. officials to review the African Growth and Opportunity Act (AGOA) free trade deal ended on Thursday with no decision and a feeling on all sides that it has achieved little since it was set up. President Donald Trump's top trade negotiator Robert E. Lighthizer and other U.S. officials have been in the tiny West African nation of Togo over the past two days to discuss the Clinton-era trade pact... 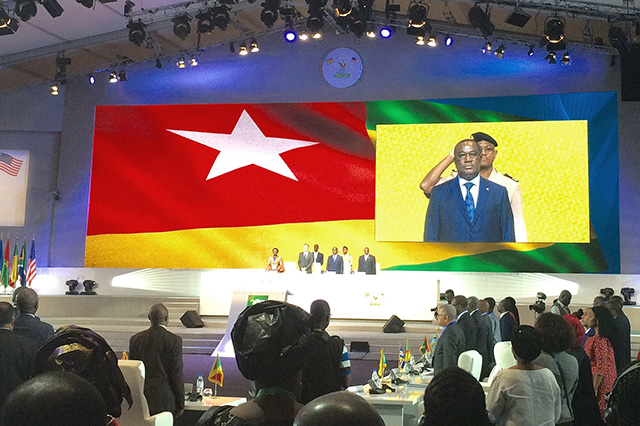 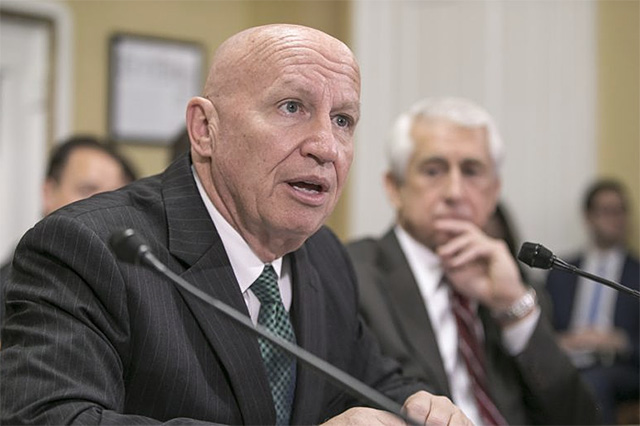 You are here: Home/News/Article/Why the US's use of AGOA reviews worries African trade ministers