Section 110 of the Trade Preferences Extension Act of 2015 (“the Act”), 19 U.S.C. § 3705 note, states that the President1 shall submit a report to Congress on the trade and investment relationship between the United States and sub-Saharan African countries no later than one year after the enactment of the Act, and biennially thereafter. The U.S. Trade Representative, on behalf of the President, submitted the first report under this provision in June 2016. The current report covers the period since then. It provides a description of the status of trade and investment between the United States and sub-Saharan Africa, changes in country eligibility for AGOA benefits, an analysis of country compliance with the AGOA eligibility criteria, an overview of regional integration efforts in sub-Saharan Africa, and a summary of U.S. trade capacity building efforts. 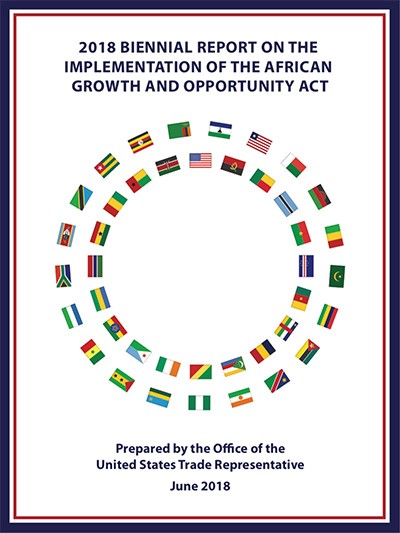 Click the image to download or view the document.
You are here: Home/Downloads/Documents & Reports/2018 AGOA Implementation Report