A number of amendments to the original terms of the African Growth and Opportunity Act were signed into law by US President George Bush during the latter part of 2002. These amendments were collectively known as AGOA II. 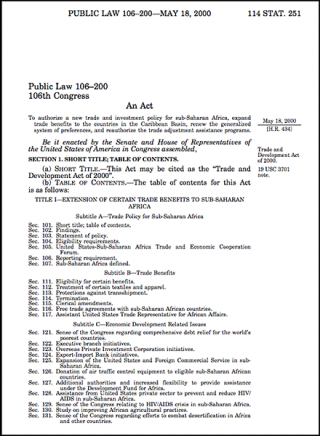 The text of the AGOA legislation - Public Law 106

The full legal text of the recent amendments to AGOA, known as 'AGOA II'. 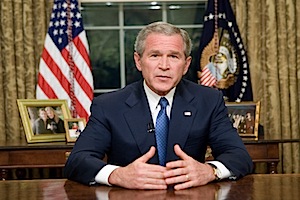 US President George Bush has signed into law the changes or "enhancements" to the African Growth and Opportunity Act (AGOA) paving way for more trading opportunities for Africa and the US. The US Assistant Trade Representative (USTR) for Africa, Rosa Whitaker described the new development, part of the omnibus Trade Act of 2002 signed into law last week as a "win-win situation for sub-Saharan Africa and us", the US embassy in Kampala...