You are here: Home/News/Article/Ethiopia pushes to keep AGOA access amid US rights concerns

Ethiopia pushes to keep AGOA access amid US rights concerns 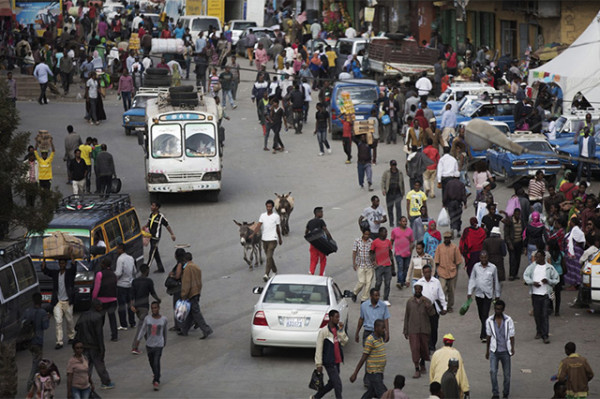 Ethiopia urged the U.S. to let it retain market access under the African Growth and Opportunity Act (AGOA) because disqualification will deprive many people of their livelihoods in the conflict-wracked country.

A withdrawal of the preferential access would put as many as 85,000 direct jobs at risk and about 1 million across the entire value chain, Ethiopia’s Chief Trade Negotiator Mamo Meheretu said in an interview from the capital, Addis Ababa.

Mamo made the comments after the U.S. Trade Representative in August raised concerns over human rights violations during fighting in the northern Tigray region, warning that they could affect Ethiopia’s market access “if unaddressed.”

The AGOA “eligibility criteria is based upon compliance with standards that include adherence to internationally recognized workers’ rights, rule of law and human rights,” a USTR spokesperson said in an emailed response to questions.

Fighting broke out last year when Prime Minister Abiy Ahmed ordered an attack on Tigrayan forces after they raided a federal military base. United Nations agencies estimate more than five million people are now in need of food aid and other assistance, a crisis that would be exacerbated by a loss of trade concessions.

In 2019, the Horn of Africa nation exported goods worth $239 million under AGOA to the U.S., or more than 40% of Ethiopia’s shipments to that country. Exports totalled $128.7 million in the first half of this year, mostly apparel and leather products.

“The withdrawal will affect the very same people the U.S. is trying to protect,” said Mamo. “We have close to 85,000 employees in the industrial park and 80% of them are women living with less than two dollars a day.”

Ethiopia said it takes reports on human rights violations seriously. “We have allowed the UN Commission for Human Rights to conduct investigations with the Ethiopian Human Rights Commission,” Mamo said.

You are here: Home/News/Article/Ethiopia pushes to keep AGOA access amid US rights concerns