You are here: Home/News/Article/'US should avoid phased approach in trade talks with Kenya': Chamber of Commerce

'US should avoid phased approach in trade talks with Kenya': Chamber of Commerce 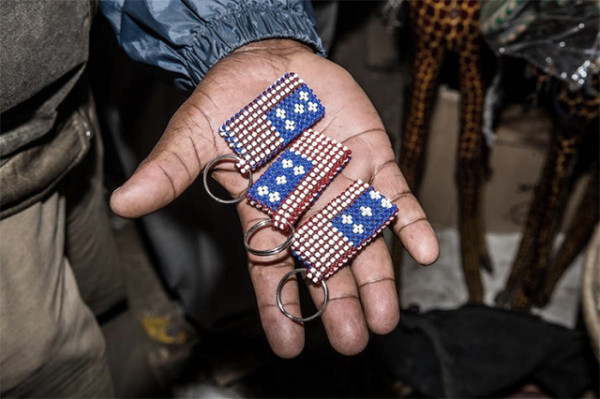 The United States should work to achieve a single, comprehensive agreement with Kenya that removes barriers to trade and investment, instead of pursuing a phased approach, the U.S. Chamber of Commerce said in a document viewed by Reuters.

In comments submitted to the U.S. Trade Representative, the Chamber’s U.S.-Africa Business Center said a high-standard agreement that eliminated all tariffs would boost the long-term economic outlook for both countries, and further position Kenya as a model for economic reform across Africa.

It said the bilateral negotiations would enhance work by African countries to forge a broader African Continental Free Trade Agreement.

U.S. President Donald Trump and Kenyan President Uhuru Kenyatta on Feb. 6 announced the intention to start formal talks on what would be first U.S. bilateral trade deal with a sub-Saharan African country. The Trump administration last month invited comments on negotiating objectives for the talks.

To be effective, negotiators should work out a comprehensive deal that addresses “all issues under negotiation ... rather than seeking agreement on a subset of issues or pursuing a phased approach,” the Chamber said.

The U.S. government has recently concluded partial or phased trade agreements with Japan and China, frustrating some U.S. companies that had been pressing for broader agreements on issues such as intellectual property (IP) rights and improved access for their products.

The Chamber said the trade talks should focus on achieving a high-standard bilateral agreement that sets a precedent for future U.S. trade deals with other sub-Saharan African nations.

It should eliminate all tariffs and address non-tariff barriers for industrial and farm goods, including U.S. tariffs on imports of steel and aluminum from Kenya, while expanding market access for remanufactured goods exports.

It also called for commitments to ensure U.S. access to Kenya’`s services market, and address IP rights and enforcement as they relate to patents, copyrights, trademarks, and trade secrets.

In addition, the deal should eliminate forced technology transfers, include an investor-state dispute settlement mechanism, and formalize a joint commitment to follow good regulatory practices.

To facilitate digital trade, it should spell out a mutual right to transfer and store data across borders for all sectors, prohibit data localization requirements, and ban customs duties and taxes on electronic transmissions.

You are here: Home/News/Article/'US should avoid phased approach in trade talks with Kenya': Chamber of Commerce